First off, thank you for all the feedback on my last email about what things are holding you back the MOST when it comes to Online Dating.

I read every single email, comment and DM you guys made, I even went back thru posts on the forum, the FB group and our new Discord group and decided that 1 blog post just wasn’t going to be good enough to help you guys.

So I decided to do a 3 part Podcast Mini-Series for you.

All for FREE, you don’t have to do anything to access it, you just have to click play or download it and listen to it later however you want.

If you dig it, let me know. Part 2 will be coming out in a little bit.

Things are tough for many of us right now, and with Covid, dating skills, specifically Online Dating skills, are more important now than ever, so I wanted to do something to give you some FREE DATING ADVICE when it comes to ONLINE DATING.

In the podcast I talk about-

If you have any questions just post them in our weekly Flashchat or with the info “question about the podcast” since I normally don’t answer Online Game questions outside of the Online Game 4.0 section. 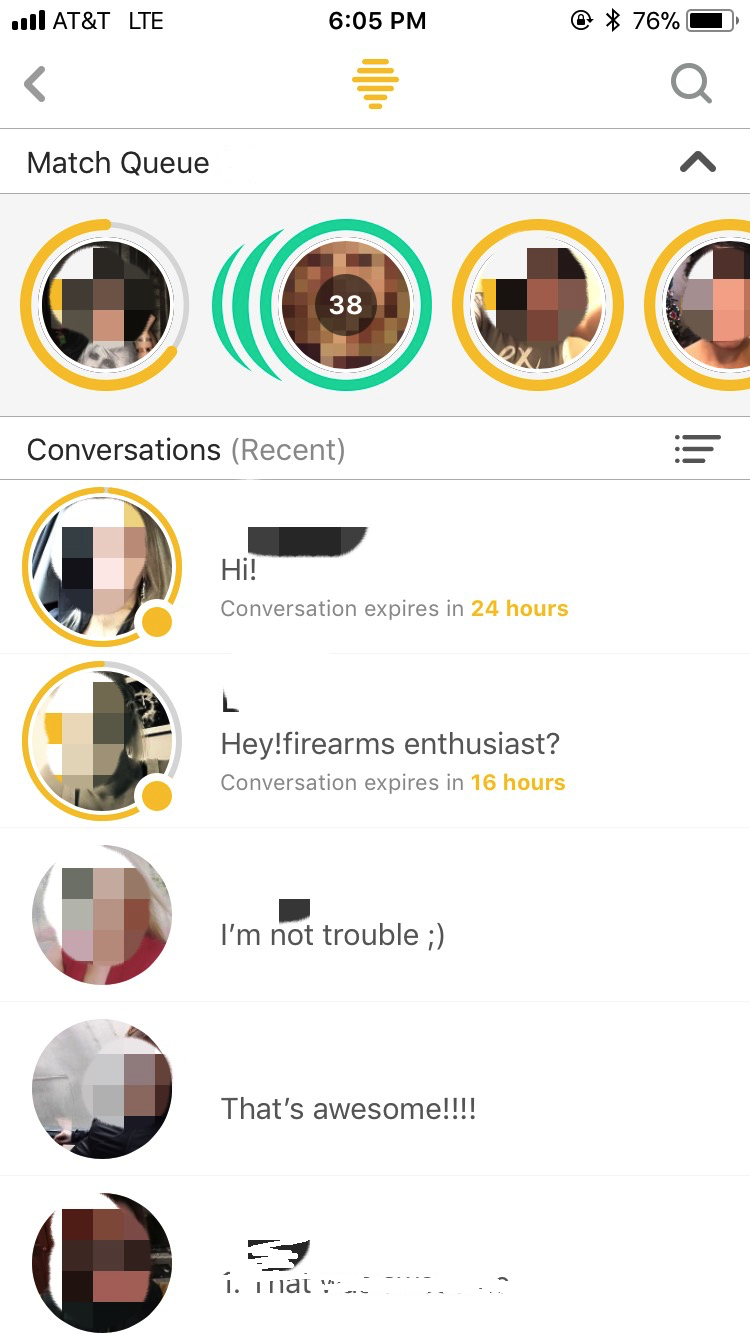 Before my last few posts about PROJECT X, I shared my IS THIS SEAT TAKEN OPENER, then an example of how NOT TO DHV.

I was going to follow up with a post about how to properly DHV but got a little backed up with private coaching trip to NY, my day to day regular coaching,  ironing out the details for PX2, and my motorcycle trip Phx->LA->San Diego->Phx (awesome ride, but man is Yuma a shithole, I felt like Red Dead Redemption riding thru the desert!)…so to make it up to you guys, I am bringing the heat with this post, by making it a double shot about DHVs!

The problems with DHVing with things like the Ring Routine or a magic trick, is while they are powerful when they hit, if you don’t have your magic props ready, or the girl isn’t wearing a ring, then it’s pretty hard to perform them. Second, the girl just might be into that kind of stuff, and third, they are canned routines which many guys don’t feel resonate with their life and personality.

So first up, is my favorite way and what I consider the BEST way to DHV- in a story. When I first started out, this story never even clicked in my head as being a DHV…which is common for new guys because we see the world thru our own eyes we tend not to notice how cool some of our own shit really is!
Because my pet was such a big part of my life, I noticed she kept coming up when I was talking to girls. After a few girls melted after they heard this story, I decided to really polish it up. It then became one of my BEST routines…and never wanted to publicly share it, let alone post it on my easily searchable site…but I’ll deal with that later! 😉
Also of my favorite teaching demo’s was to tell a DHV story and pause so my wing could chime in to point out all the DHV spikes, we did this pre-SLA in our first bootcamp, which was really just done so we could help some guys level up so they could roll with us!
Years later Sneak and I use to do this on stage at seminars…. still blows me away how far I’ve come 😀

Below is the vid…and pretty sure that it isn’t suppose to be online so I would watch ASAP in case Strauss gets it yanked! DHV Storytelling-

SEEING something in action is ALWAYS better than reading 10 pages of someone trying to break something down. Of course this is MY story, but after watching it you can see the structure and use it as a blueprint to design your own…
or you could just do what one of my students did when he first heard it years ago, perform it as best as you can a few hours later after only hearing it once, and use it to get a SNL (you are welcome!)

—-
When we were writing and shooting the RULES OF THE GAME vids for MySpace a few years ago, there is a clip of Style dressed up like a bad guy from a James Bond movie. I thought him having a cat in his lap to pet would be a nice touch, and that cat in the vid is actually Kali from the above story. (her IMDB page-LOL) While we were getting ready to film there were a few comments about how Kali is such a sweet and chill cat, I brought up this next routine and we laughed about how many times chicks have done this to us in the past. Style said how awesome it and asked why I have never taught it before, I didn’t have an answer…another example of us not seeing what is right in front of us…
So part 2, a simple and great little DHV to do if you own a pet (just edit to fit)-
One of my favorite things to do is flip the script and turn common girl shit tests around on them FIRST!
How many times have you gone over to a girl’s house and she tells you that she has a pet and something like-“Fluffy has been around before you and will be here after you, so if she doesn’t like you it’s OVER!”
Then you are all stressed out about her pain in the ass little dog liking you, it hops into bed during sex, and you end up going out of your way to be really nice to win this little son of a bitch over!
SO it gave me an idea one night when a girl came over for a date, I decided to mess around with her as we walked up the stairs-
“I hope my cat likes you, she is really picky and has been around before you and will be here after you, if she doesn’t like you it’s OVER!”
She instantly started qualifying herself with, “I had a cat, they love me…. all pets usually like me… I love them, hopefully she likes me…… I wore some perfume I know sometimes they don’t like that so if she stays away from me that may be why.”
I knew my cat was going to be fine with her, and she was. When Kali came over, my date bent down to pet her and she flipped onto her back and to get her belly rubbed. I could see my date’s shoulders drop as all the tension dissipated. Later in the date I made sure to bring it up that my cat sometimes doesn’t like new people and that was a sign she was a good person! She loved it.
I then bring up the one time my cat did hate a girl, and the date went terrible, the girl had a bitchy attitude and I ended it half way through and left her at outside the movie theater before we even got tickets!
This made the girls work even harder at getting her to like them, but more importantly, it conveys in the story that I don’t accept shitty behavior.

Like always, post any questions below and I’m happy to help!
-also thinking about bringing back my ASK THE ALPHA MALE vids, so if you have a question you would like answered, shoot me an email thru the contact me page on the top

A DHV is more than just a magic trick or a routine, while those can be DHVs (if done smoothly at the right time) many guys forget about the DHVs that are working for you every second, before you are even around a girl. eg. body posture, vocal projection, vocal tonality, body language, eye contact, fashion, hair, your teeth…(only listed a few that can be worked on pretty easily) If you don’t have those taken care of, then you are DLVing (Demonstrating Lower Value).
For some reason guys don’t want to work on those, they want to learn how to make a watch stop or how to CUBE a chick first…and IMO that is bad.

These last two weeks I have been discussing DHVs for hours and hours with students on my coaching calls. Many guys have an idea of what a DHV is, but are trying to force them WAY to hard to make it work effectively.  The other big issue is that while it might be a great DHV, but not for the reasons you think, so all of the high points they are trying to hit are way off the mark and it ends up almost doing more harm than good…

So what I thought would be cool to try for this post, in the comments below write out a few DHVs and give an example of how you use them or incorporate them into your PUA toolbox.

Next blog post I will give an example of how I DHV and how it does several awesome things all at the same time. (might have to make it a audio/video to convey what I need) and also give some feedback on the ones you guys list. I will also be actively commenting back giving more feedback and tips (unlike almost every other PUA who for some reason hate writing and posting on their OWN site??? WTF)

But I wanted to share this….I get asked some crazy fucking stuff….and as long as you guys are trying to improve I am always happy to help as much as I can.

Well this actually came up in an OLD flashchat and I saved it, because it might be the WORST DHV I have ever heard!

[Mxxxxxxx] 5:38 pm: You’ve read the Da Vinci Code, right? I grew up in an Opus Dei environment and received the most warped sex education. I thought children were created through a “special embrace”. I had no idea what this “special embrace” was, but I was told that you can also get AIDS from it. I sadly resigned to the fact that I will marry someone special for who she is even if I don’t ever have sex with her because I didn’t want to get
AIDS…
[Mxxxxxxx] 5:39 pm: Anyway it’s Filipino custom to greet relatives and close friends with a kiss on the cheek LIKE THIS (demonstrate kiss on cheek) and I had this Uncle who always held my head like THIS and gave me a big beardy wet kiss RIGHT on the LIPS. It was like in slow motion everytime he’d go in for the kiss as I winced in helplessness. I panicked that I might be getting AIDS from my uncle. No tongue, just so you know.
[Mxxxxxxx] 5:39 pm: Anyway, my eyes were eventually opened and to this day I am AIDS-free, but that does not mean I still let my uncle plant a wet one on me.
[Bravo] 5:39 pm: NOOOOOOOOOOOOOOOOOOOOOOOOOOOOOo

So that is a pretty good example of how trying to convey to a chick that you are healthy and STD free (while a good thing) and trying to kino, if done poorly can do hurt more than help.

OK comment below and lets try and make your DHVs kick ass!

Ready to take control of your life?